Dogs of War
Biography
Fan of

Take on the war (it won't last if i post it on forums):

The agreement between rich and powerfull to become richer and more powerful. There isn't a better racket than war

While Ukrainians believe they are fighting for freedom and independence, USA doesn't help them for free. The debt is what will make post-war Ukraine their puppet state

While Russians believe they are fighting for Great Russia against domestic nationalists, Russian elites are getting rid of their competition: "traitors" and "foreign agents", legally taking over their businesses

This war, like any war, can't be won by Russia, Ukraine, USA or China. It can only be won by HUMANITY against those who exploit it
Forum posts
Saffee
yeah furia is like astralis but less disabled
stavn come here
can ensure you it's not https://en.wikipedia.org/wiki/Average_human_height_by_country
Heroic and Imperial
cph flames map pool is 404 not found so i don't envy your pickem
FURIA SUPPORT THREAD
i picked both furia and g2. and i already have 5 so
this is so terrible
im not a huge fan of heroic either but seeing this terrible vita lineup getting eliminated just feels right they went international but even the entire scene doesn't seem like a big enough pool for t...
hltv users that don't know how to speak English come
I only use google translate when some bri'ish person shows off their vocabulary and I struggle to understandwtf they are saying
hltv users that don't know how to speak English come
Me write with out google translater 🙂
Pickems are done IF
mine is already secured so idc
Danish shuffle
-xyp9x +valde will happen at some point of the year perhaps, -farlig +device outcome is getting more and more likely too, considering device hasn't even returned to nip for the major heroic idk, just...
HEROIC CHANGES?
ive made a thread the other day: -refrezh +device, -xyp9x +refrezh, just fix 2 danish teams with 1 move 🙂
If Cloud9 lose to Imperial...
liquid is the worst, then bne, then imperial 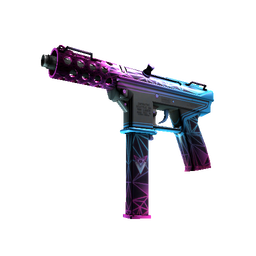