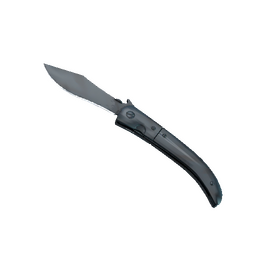 London Conspiracy
Biography
It was dark when Anders woke up. It felt like he’d only been asleep for 20 minutes. He looked at his phone only to see that they’d slept for almost 18 hours. Anders stretched his long body and sat up in bed. He looked over at Friberg, who was curled on his side, still in a deep sleep. He got up, flicked on a lamp, and padded over to Friberg’s bed, carefully crawling in next to him. Friberg hardly stirred.

Anders wrapped his arm around Fribergs belly, pulling him close so they were spooning. Friberg made a soft noise as Anders kissed his neck, letting his lips linger on Friberg’s soft skin. His hand ran up inside Friberg’s shirt, feeling his toned belly. He nipped Friberg’s ear, and Friberg’s breath hitched.

Anders rested his hand on Friberg’s hip and whispered into his ear.

Friberg’s back arched ever so slightly and Anders pressed his fingers into his hip bones. A soft moan left Friberg’s lips. Anders’s hips ground against Friberg’s ass. He whispered again

He pressed into Friberg’s hip bones again causing Friberg to arch his back more. Friberg could feel Anders’s bulge grinding against him. Anders brought his hand up and wrapped it around Friberg’s neck, squeezing lightly. Friberg moaned loudly.

"Sshh, Friberg. Get_Right is in the next room. Can’t have him hearing your pretty little moans" Anders growled.

Anders turned Friberg to face him and their lips instantly met in the oh so familiar rhythm. Friberg nibbled on Anders’s lip causing Anders’s breath to hitch. He pulled Friberg’s hair back hard, exposing his neck. Friberg’s mouth was held open, his breathing growing heavy. He loved being manhandled. Anders kissed his throat and turned his head to kiss his neck. He bit down hard. Friberg let out a yelp and Anders let go of his hair, but wrapped his hand around Friberg’s neck again.

"I said to be quiet, Friberg." Anders growled as he squeezed Friberg’s neck. "Now. Sit up"

Friberg obeyed and Anders pulled his shirt over his head and brought Friberg back in for a kiss.

Anders laid Friberg down and started to unbutton his pants. “Hmm” He sat back.

Anders’s voice was low. “How badly do you want me, Fri?”

"Then take off your pants" Anders commanded. Friberg did as he was told and was soon naked. Anders could see that Friberg was already rock hard. "Mmm. Baby" He whispered, "So eager. Lay back for me…" Friberg laid down. "Show me what you want."

"Show me what you want baby, or you won’t get anything"

Friberg groaned in frustration, but again, did as he was told. He began to stroke his aching member and moaned loudly.

"Friberg, I swear to fucking God." He leaned over Friberg and growled in his ear. "If you can’t be quiet, you’re going to regret it" Friberg’s back arched and his hand moved faster over his leaking cock. Anders sat back up and pulled his boxers down.

"Beg for me, Friberg." Anders wrapped a large hand around his member. "Tell me how much you want me inside you. Show me, baby."

Friberg almost came right then. His hand pumped up and down at a quickening speed. “Fuck, Andy.” He bent his knees up and brought his free hand to his mouth. He sucked on his fingers and brought them to his hole, teasing a bit before pushing a finger inside. “Andyyyyyy” He moaned out. “Please, please fuck me” He shoved in another finger and slammed into himself.

Anders grabbed Friberg’s knees and flipped him over onto his belly, digging his nails into Friberg’s skin in the process. He reached towards the floor and into his duffle to pull out a small bottle of slick. Anders squirted some into his hand and stroked his own aching cock while teasing Friberg’s hole with his slick fingers. Friberg leaned back forcing Anders’s fingers inside.

"You’re such a little slut for me. God dammit." Anders fucked Friberg with his fingers before pulling them out abruptly and replacing them with his member. He slowly pushed himself until fully inside.

"God… the way you stretch around me"

"Mmmfhhffmm" Friberg’s face was completely in a pillow to keep himself from screaming in pleasure… and he knew Anders hadn’t hardly started yet.

Anders started moving in a painfully slow rhythm. Friberg squirmed in frustration. “Please, Andy” he moaned into the pillow.

Anders moved faster, eventually pounding into Friberg. His hips were unforgiving. The sound of skin slapping skin echoed through the room. He leaned forward, grabbed Friberg’s hair and pulled hard.

"AHHH.. OH MY GOD FRIBERG ARE YOU KIDDING ME!" Anders throbbing and pulsating, his eruption filling Friberg with ecstasy.

Anders buried Friberg’s face back into the pillow to muffle his screams.

The hard A split worked.
Forum posts
Twitter Hacked Scandal [Poll]
the fuck does deep state AND china mean?
Alinity?
Alright tried to find stuff about it. Not sure what "shut down several small youtubers around over nothing" is about. Do you mean she literally got them banned? I dont think she could do that over "no...
Alinity?
ok dude, why should she have been sued years ago, and why should she have been banned? I genuinely wonder also calling female streamers whores is a pretty yikes move
Alinity?
yikes dude
broky isn’t good
why not?
WOW
19-1>23-14 big oof
Joe Biden RACIST??
feels bad man
Joe Biden RACIST??
Hey, nice high efford response. That being said, I do feel like your arguments here don't really "disprove" the wikipedia article. I seems like you respond to the sources as if the article had said "D...
Joe Biden RACIST??
well, the way the reagan admin handled them probably caused a lot more harm domestically than anything nixon ever did I think
Joe Biden RACIST??
ignoring the aids epidemic and the war on drugs are pretty shitty though