The name Norway comes from the Old Norse word norðrvegr, "northern way" or "way leading to the north", which the Geats and the Danes named the coastline of western Norway, contrasting with suðrvegar "southern way" for Germany, and austrvegr "eastern way" for the Baltic.

The Old Norse name was borrowed into Old English, as Norðweg, Norweg, giving rise to modern Norway by regular development via Middle English Norwey, Norwei. The adjective Norwegian, on the other hand, recorded from c. 1600, is derived from the latinization of the name as Norwegia.

By the 9th century a number of petty kingdoms existed along this coast, which were unified into the first kingdom of Norway under Harald Fairhair after the Battle of Hafrsfjord ca. 872. Ohthere of Hålogaland, a Norwegian seafarer, gave his account of his travels to King Alfred of Wessex in about 890 and referred to the kingdom he came from as norðmannaland, "land of the northmen". Ohthere identified the Sami from their nomadic way of life and separated the Danes from his countrymen politically or geographically. Old Norse norðmaðr was Latinized as Nortmannus in the 9th century to mean "Norseman, Viking", giving rise to the name of the Normans.[23] After Norway had become Christian, Norégr and Norégi had become the most common forms, but during the 15th century the newer forms Noreg(h) and Norg(h)e, found in medieval Icelandic
best country eu

Forum posts
what is your country known for?
lego astralis being happy carlsberg design vikings mads mikkelsen
Patsi - Bubzkji No. 2?
true, i thought they were good at giving him a shot to begin with, but then things escalated and they got very good results which i bet they didn't expect.
your crypto portfolio
when do you believe we get an answer whether XRP wins or not`?
your crypto portfolio
Noice
HUGE INVESTMENT HELP
everybody always think they're millionaires when they find cards 99% of them is in terrible condition and the last is worth 10$ and ofcourse people pay 1000's for some cards, there is collectors lik...
your crypto portfolio
Ada is next on my list, just need to find the capital and timing on when to invest
your crypto portfolio
no, its actually smart to split out your investment in numerous coins. i also use binance, where its 0% fee to convert from one coin to another, but a small fee to withdraw and deposit i believe
your crypto portfolio
2nd january, so very recently, but good profits
your 5 most played games on steam
CSGO - 5000 CSS - 4000 RL - 900 SAINTS ROW 3 - 102 GMOD - 90
dycha deserves a better team
hence why he should be in better tiers, how is this so hard to understand? kinda hard to prove yourself if you go 30-5 in a tier 4 game and people say "thats tier 4, everybody can do that"
dycha deserves a better team
hence why he shouldnt be in tier 4 himself, are you retarded? vikings better than tier 4 lmao
forgotten pros
wtf happened to keev yea? pretty accurate list tbh missing people like ryx, toy, mainline, wenton, spitfire 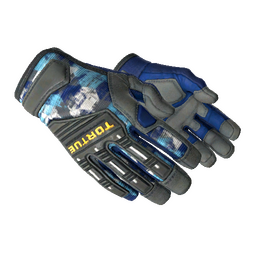